Why the KC Royals are lucky to have Hanser Alberto 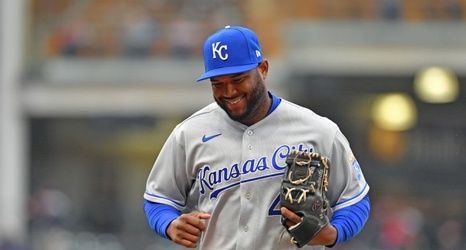 The KC Royals decided to keep Hanser Alberto. The move is paying off.

The disappointing news that Adalberto Mondesi was starting the season on the Injured List created a quandary for the KC Royals. They could have promoted Bobby Witt Jr. to fill in at shortstop, an option attractive to fans but not to a front office reluctant to move its top prospect along too quickly. They could have replaced Mondesi with Whit Merrifield, or called up Kelvin Gutierrez, but neither had ever played a big league game at short.