What to know about Mike Montgomery 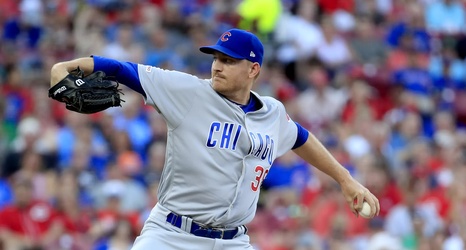 Late Monday night, the Royals continued their trading ways, engineering their second deal in as many days. This time, it was Martín Maldonado who was shipped out of town, this time to the Cubs for 30-year old left-hander Mike Montgomery.

Montgomery should be somewhat familiar with Royals fans, as he was a compensatory pick for them in the 2008 draft, selected 36th overall out of high school in Santa Clarita, California. He quickly excelled in the minors and by 2010 was named the #39 prospect in the league by Baseball America. He reached Triple-A by 2011, but had a rough year in Omaha.