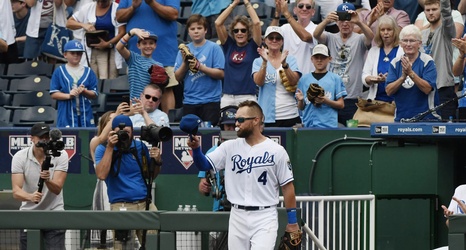 Alex Gordon revealed he knew he would return ever since the end of last season, writes Lynn Worthy.

Ultimately, the decision came fairly easily. He had a “quick conversation” with general manager Dayton Moore before a game late last season and made his mind up that he’d return for a 14th season to the franchise “where I belong,” as Gordon described it Friday in a news conference during Royals FanFest at Bartle Hall.

”I’ve been pretty fortunate to play with one team my whole career and lucky to do that,” Gordon said.