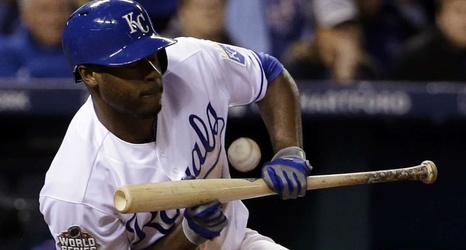 In both cases, the batters opted for what has become an increasingly obsolete strategy, especially in the American League: a sacrifice bunt. Both were bunting on their own. Manager Ned Yost shrugged.

"I don't think I put four bunt signs on all year," he said. "We give our guys the freedom to play their style."

In other words, he doesn't care how the runner gets advanced, as long as it gets done.

That's in line with modern thinking. The use of a sacrifice bunt is at an historic low. In the AL each of the last three regular seasons, batters gave themselves up to move the runner an average of just 0.

See full article at Official Site of the Royals