Toronto Blue Jays Series Preview: Don’t forget the Royals have won the ALCS twice against them 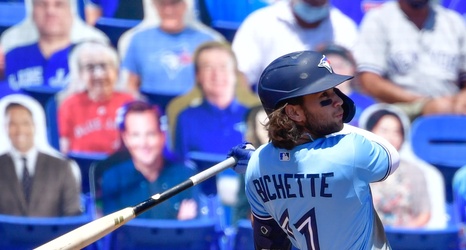 The Toronto Blue Jays come to town for a scheduled four-game set (though weather might change that) as one of the teams in the American League that many believe has a chance to be very good. While they aren’t entirely made up of sons of former big leaguers (and other professional leagues around the world), they do have a really nice young nucleus of talent that they’ve been supplementing with outside talent over the last couple seasons. Last season, it resulted in a playoff trip in the expanded postseason, but they have eyes on a bigger prize this year.