Stat of the Day: López vs. López 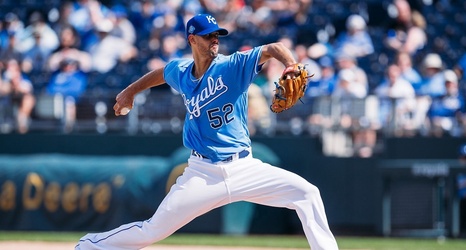 Tonight’s middle game of this three-game set in Chicago features the Royals’ 26-year-old Jorge López from Puerto Rico starting against the White Sox’s 25-year-old Reynaldo López from the Dominican Republic.

According to the Elias Sports Bureau, tonight’s game will be the first in Major League history in which both starting pitchers’ last names are López. The last Major League game featuring opposing starters with the same last name was on Aug. 12, 2017, when the Angels’ JC Ramírez faced off with Seattle’s Erasmo Ramírez in a game that was decided by the bullpens and ended in a 6–3 Angels win.