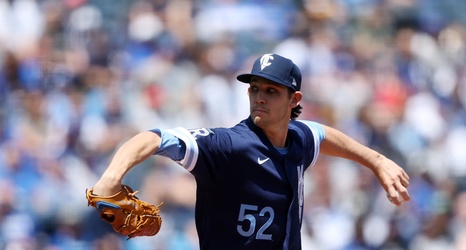 The Royals host the Twins again this weekend, despite having not made a trip to the Twin Cities themselves. They took two of three from Minnesota back in April, one of the two series they have won this year.

Daniel Lynch goes on the mound tonight, and he has become the pitcher to watch for the Royals. It appears he has turned the proverbial corner, having tossed 5 1⁄3 innings of shutout ball with just three hits allowed his last time out against the Rockies to lower his ERA to 3.30. In fact, since he returned to the big leagues last July after a brief demotion, he has a 4.