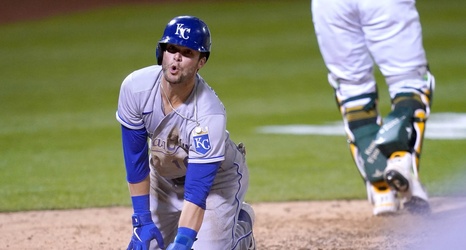 You’re not even going to believe this, but the Royals played a weird baseball game tonight. And it ended with a loss.

That was frustrating. Time to unpack.

The first three innings flew by. Brady Singer and Cole Irvin matched each other with scoreless innings. The A’s then got Singer for three runs in the fourth, with three straight extra-base hits providing for another instance of Singer struggling to stop the freight train when it gets rolling. He ultimately recovered well to pitch two scoreless innings after that, completing a quality start. Singer exited the game after six innings of three-run ball, allowing five hits and striking out seven.