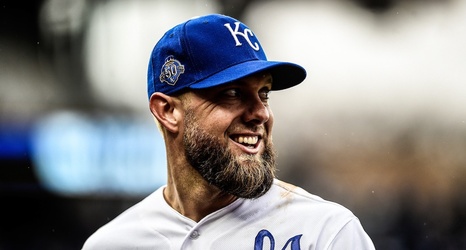 The Kansas City Royals announced today that the club has signed outfielder Alex Gordon to a one-year contract for the 2020 season. Per club policy, terms of the deal were not disclosed. In a corresponding move, right-handed pitcher Heath Fillmyer has been designated for assignment.

Gordon, 35, won his seventh Rawlings Gold Glove Award in 2019, one behind Frank White for the most in franchise history. He committed just one error in 146 games in the outfield, posting a .996 fielding percentage, while collecting seven outfield assists, tying him for third among Major League left fielders.