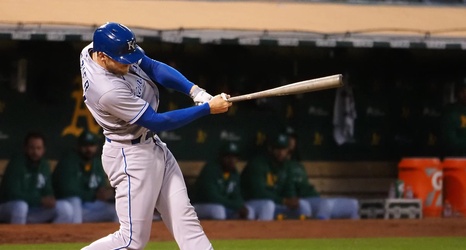 For six innings, Frankie Montas was nearly unhittable. Kansas City’s offense managed just two hits and zero walks during the first two-thirds of the game, with Montas striking out seven batters along the way.

Luckily for the Royals, baseball games don’t end after six innings. After being dominated for much of the game, Kansas City’s offense got some timely luck before breaking the game open with some power in a 6-1 win over the A’s Thursday night.

The win snapped the Royals’ five-game losing streak and brought the Royals back to just one game under .500.

And none of it would have been possible without Mike Minor delivering maybe his best start of his 2021 campaign.