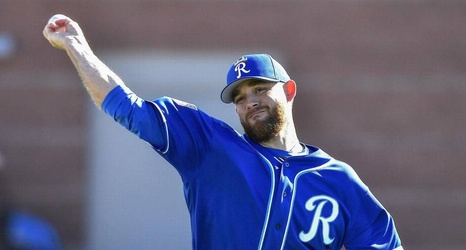 Kennedy racked up five strikeouts, allowed a wind-aided home run and took some guff from Cincinnati Reds infielder Derek Dietrich for a ball that got away hit him around the shoulder.

Kennedy allowed three runs on five hits in four innings and didn’t walk a batter as a Royals split squad notched an 8-3 win Friday over the Reds in front of an announced 4,599 in Surprise Stadium.

After his outing, Kennedy rejected the idea he was trying to hit anybody with an 0-2 pitch in the first inning of a spring training game.