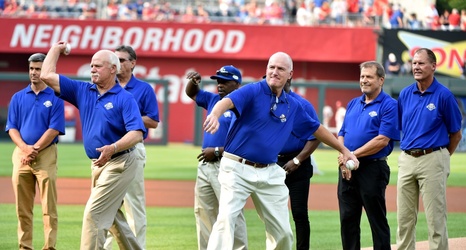 It’s time for another Kansas City Royals Flashback Friday. This week, the theme of great pitchers who blessed the Royals with their outstanding abilities is going to continue as a look is taken at the Royals lifer, Dennis Leonard.

Leonard started his career with the Kansas City Royals in 1972 when he was drafted by the team in the Amateur Draft. He had previously played at Iona College in New York. Leonard got to work, moving around the minor league system in 1972-74, seeing 22 major league innings in ’74.