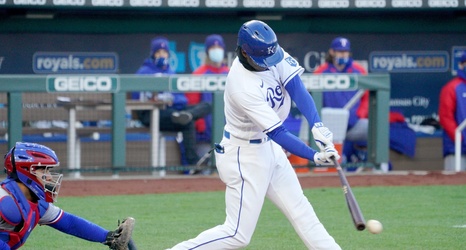 Kohei Arihara had to be feeling pretty good as he started the fifth inning. Up to that point his team had provided him with four runs and he had kept the Royals scoreless and far from any potential rallies. Then Michael A. Taylor, hero of Thursday’s game, stepped to the plate.

Home runs are sometimes called “Rally Killers” but Taylor’s bomb to dead center lit a fire under the previously lifeless Royals lineup. Kyle Isbel tripled to center with some help from the sun, Hanser Alberto doubled to drive him in, Nicky Lopez singled on a bunt, and Whit Merrifield drove in another run on a ground out.