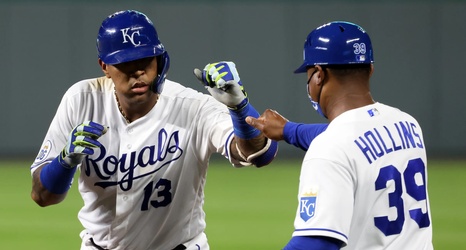 The Royals announced they will return most of their coaching staff for the 2022 season under manager Mike Matheny, although first base coach Rusty Kuntz will step down from the first base coach position to be replaced by Damon Hollins. The Royals are also adding Keoni DeRenna to the staff as an assistant hitting coach. Cal Eldred will return as pitching coach with Terry Bradshaw as hitting coach. Vance Wilson will serve as third base coach with Larry Carter at bullpen coach. Pedro Grifol continues as bench coach with John Mabry serving in an unspecified coaching role. Tony Pena, Jr.