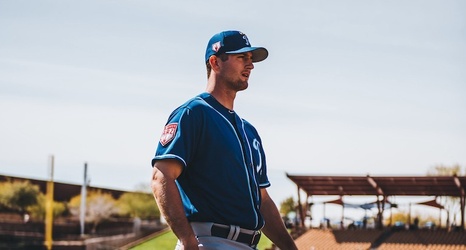 Griffin, 24, was Kansas City’s first-round selection in the 2014 First-Year Player Draft. He was named a postseason All-Star in the Pacific Coast League (AAA) in 2019, going 8–6 with a 5.