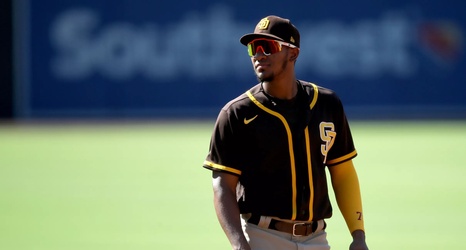 The Royals have been a pretty active team on the trade market. On Saturday, they executed their third trade since baseball resumed from hiatus, sending reliever Trevor Rosenthal to the San Diego Padres for 24-year old outfielder Edward Olivares. Olivares hit .283/.349/.453 with 18 HR and 35 stolen bases in Double-A last year, and has appeared in 13 Major League games this year. He was originally signed by the Blue Jays out of Venezuela but was traded for Yangervis Solarte in 2018.

Let’s see what the baseball world had to say about the trade.

Edward Olivares rankings in the Padres system at various sites: