On This Date in Royals History: March 21 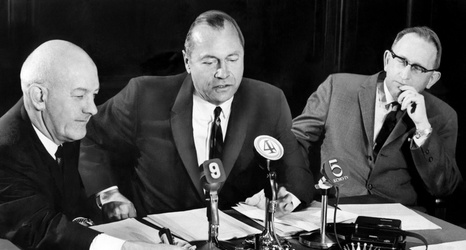 Director of Royals Hall of Fame, Curt Nelson contributed to this story.

On this date in 1968 — 53 years ago today — the Board of Directors selected ‘Royals’ as the name for Kansas City’s baseball team, following a study of more than 17,000 suggestions.

Shortly after Ewing and Muriel Kauffman were awarded the American League expansion franchise on Jan. 11, 1968, they ceded the naming of the team to Kansas City baseball fans through a ‘Name the Team’ contest in cooperation with The Kansas City Star.