Old friend alert: Where you can find former Royals around baseball in 2021 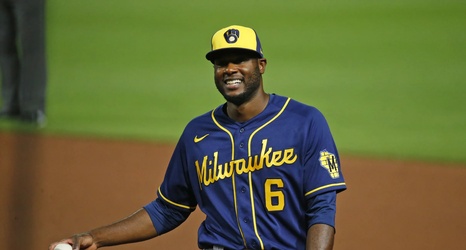 The Royals have had a mini-reunion of their championship days this season with Jarrod Dyson and Wade Davis rejoining a team that already had Greg Holland, Salvador Perez, and Danny Duffy. Alex Gordon and Kelvin Herrera retired this off-season, but you can find other members of that team around the league with Eric Hosmer playing for a loaded Padres club, Mike Moustakas slamming home runs for Cincinnati, and Lorenzo Cain still playing great defense in Milwaukee. Hey, even Christian Colón is back in Kansas City, albeit with the independent league Monarchs.

Where can you find all the former Royals around baseball?