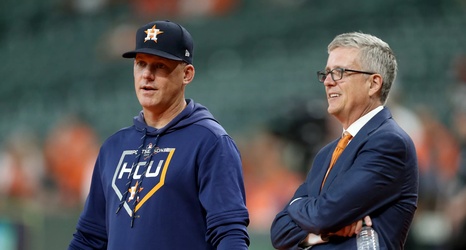 Major League Baseball has concluded its investigation into allegations the Astros used technology to steal signs during the 2017 season and has levied some of its harshest punishments in recent history. General Manager Jeff Luhnow and manager A.J. Hinch have both been suspended for the entire 2020 season, to be reinstated following the World Series. Bench coach Joe Espada has been named interim manager in Hinch’s place. Additionally, the team will forfeit their first- and second-round picks in 2020 and 2021, and will pay a $5 million fine. No players will face punishment for their role, and while former Royals and Astros outfielder Carlos Beltran was investigated, he will face no punishment.