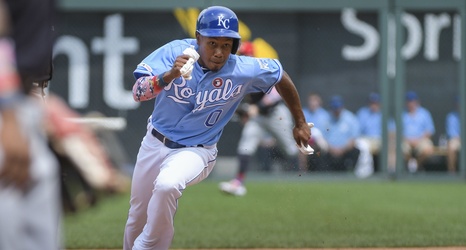 Speed is the very essence of Terrance Gore, the element of his game that keeps him on the radar of major league clubs looking for that extra clutch-moment edge good base stealers provide. Indeed, speed is really the only reason the KC Royals brought him to the major leagues, then welcomed him back after he spent a season with the Chicago Cubs. And speed is what the Yankees sought when they acquired him from the Royals last August.

But now that he is a minor league free agent, are Gore’s fleet-of-foot ways enough to warrant a third Royals’ look at him–does the impending expansion of big-league rosters to 26 players create a spot tailor-made for this essentially one-dimensional player?