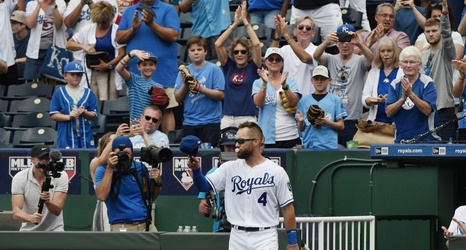 Any remaining doubt that Alex Gordon and the KC Royals would continue the relationship forged when they made him the second overall pick in the 2006 amateur draft disappeared Wednesday when the club announced a new one year contract with the popular All-Star and Gold Glove left fielder.

A new Gordon deal had been rumored for some time and appeared close to consummation a few days ago when media outlets throughout the country reported an agreement was imminent.

Assuming media reports of contract terms are accurate, the deal is straightforward but curious. According to his sources, Royals’ mlb.