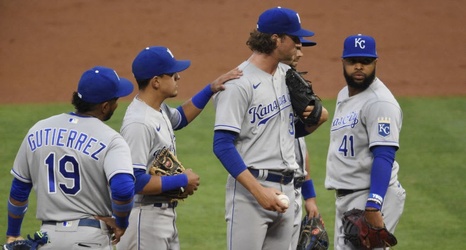 But aside from the magnitude of the event, Kowar’s actual performance was, and will remain, forgettable.

In a word, his first big league game, a start against the Angels, was grim—Kansas City’s No. 4 prospect per MLB Pipeline was gone before the first inning ended. Manager Mike Matheny, an excellent catcher and handler of hurlers in his day who needs no lessons about pitcher psyche, wisely removed Kowar before the night became a disaster.