KC Royals: Is there a contract in Hunter Dozier’s future? 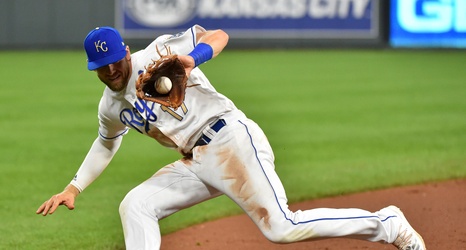 The KC Royals seem to be embracing their younger, or semi-younger, players a little more. Hopefully, this trend will continue into the season and fans won’t have to sit through any more innings of Lucas Duda and Chris Owings.

With the rise of some of these younger players though, it’s inevitable that conversations will begin about arbitration, salaries, contracts, extensions, etc. Fortunately for the Royals, there are multiple, younger, players who fall into this area and may soon see contracts that keep them around and are friendly for the team.

Jorge Soler just signed a one year deal with the team, Adalberto Mondesi could find himself in contract talks if he continues his progression, and Brad Keller is another young player who is showing his worth to the team.