KC Royals: Is now the time for an Adalberto Mondesi extension? 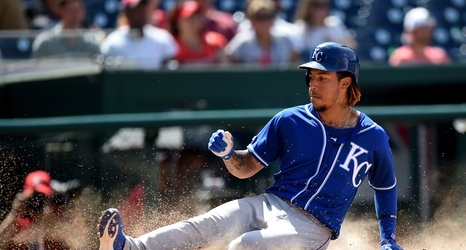 Major League Baseball teams should always seek to keep their young talent under club control for as long as possible. The KC Royals and shortstop Adalberto Mondesi are no different.

Mondesi, entering his fifth major league season and just his second one in which he’s slated to play at least 100 games, has a very bright future ahead of him. After struggling to find his footing initially, he burst onto the scene in 2018 and put together a very solid season. His unique blend of speed, power and defense is everything teams want in a shortstop.