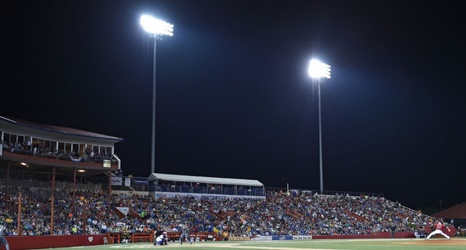 Less than a four-hour drive to Kauffman Stadium, the Double-A affiliate was logistically a great fit for the KC Royals, but the partnership only lasted 13 seasons.

With Omaha being 181 miles away, adding the AA franchise 197 miles from Kansas City was a smart move. The Wichita Wranglers became a member of the KC Royals farm system starting in 1995.

Not only was it exciting for fans in Wichita to watch players come up through the minors and potentially see them on their local major league team in the future, but it also made it easy to move players in a matter of a few hours.