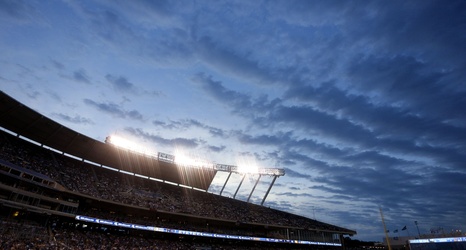 Many KC Royals fans are likely still following the team’s neighbor, the KC Chiefs in the playoffs, but before too long it will be time put the focus back towards Kauffman Stadium and Royals baseball.

Pitchers and catchers will report for spring training on February 11 and Royals baseball will officially be underway. The team announced on Monday that they were inviting 26 non-roster players to spring training, including 14 pitchers, and 12 position players.

We have invited the following non-roster players to Major League Spring Training in Surprise. #Royals pic.twitter.com/20v7XKdf6o

2020 spring training should be an interesting time for the Royals, and it will be one that fans will want to pay attention too.