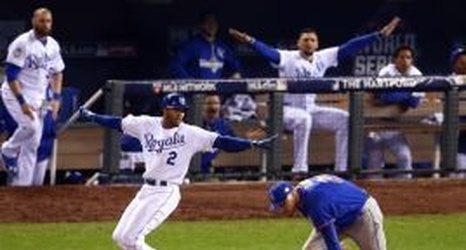 The KC Royals have stunned the New York Mets by taking the first two games of the World Series. After taking the NLDS from the Greinke, Kershaw and the Dodgers, the Mets went on the sweep the red-hot Cubs to advance to their first World Series since 2000. The only thing that stood in their way of a World Championship was a fiery, determined and angry Royals team. Though the Series is still young, the Royals have stood resolute in being determined to finish what they had started last year after losing to the San Francisco Giants in Game 7.