KC Royals: 3 most overlooked players for the 2020 season 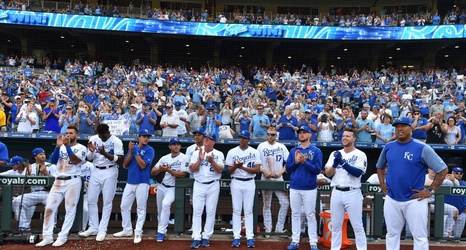 Nick Heath has been overlooked his entire baseball career. Coming out of Junction City High School he was not considered a Division I prospect and he was certainly not someone the KC Royals had their eyes on. When the head coach at Coffeyville Community College got a position with Northwestern State (Louisiana) he took his 135-pound outfield recruit with him.

Nick would redshirt as a freshman in college. He was on no one’s radar. Then through 155 games in three years of college, he maintained an on-base percentage of .365 and stole 75 bases. It was just enough to get him drafted in the 16th round by the KC Royals.