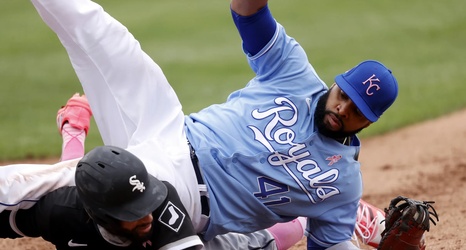 This may be hard to believe now, but there was a time not that long about when the Royals had the best record in baseball. It’s true! You can look it up! The Royals rushed out to a 16-9 record and were flying sky high. Their playoff odds at Fangraphs went as high as 26 percent. Articles were written about those plucky Royals and how smart they had been to be aggressive this past off-season.

Then the Royals met up with their longstanding rival - the month of May. They had a winless homestand to begin the month and have now lost eight games in a row.