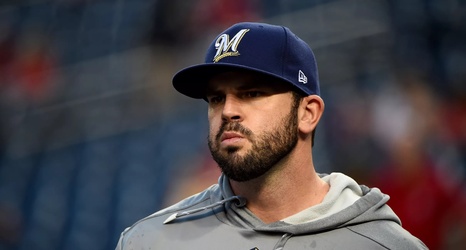 Former Royals third baseman Mike Moustakas has signed a four-year, $64 million deal with the Cincinnati Reds, according to ESPN’s Jeff Passan. Moose is coming off a his third All-Star season, in which he hit .254/.329/.516 with 35 home runs in 143 games with the Milwaukee Brewers. Ken Rosenthal reports that Moustakas will play second base for the Reds, with Eugenio Suarez already slated to play third base. Moustakas played 47 games at second base last year, the first time in his career he has played the position.