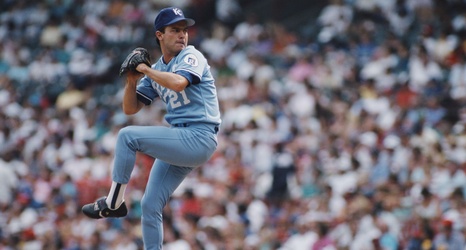 The name Montgomery has its place among KC Royals fans, currently and in the past. Interestingly enough, both former pitcher Jeff Montgomery and current pitcher Mike Montgomery both used number 21 when on the mound for the Royals. Mike has a long way to go, though, if he wants to live up to the number 21 with a name like Montgomery.

Many younger fans might know Jeff Montgomery from his analysis during the tv broadcast of games, conversing with the likes of Rex Hudler, Joel Goldberg, and Ryan Lefebvre. Before Jeff took his spot before the cameras, though, he made his name well known among Royals fans and cemented himself in team history.