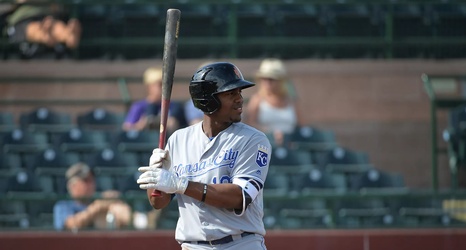 Outfielder Elier Hernandez is one of twenty Royals players eligible for minor league free agency, according to a list produced by Baseball America. Players who are not on the 40-man roster may become minor league free agents if they have (1) spent all or any part of at least seven separate seasons on a minor league roster; or (2) been previously released and are on their second contract that has expired. The Royals had given Hernandez a $3.05 million bonus out of the Dominican Republic, he largest international bonus they have ever handed out. But Hernandez has failed to develop much, and the 24-year old hit just .