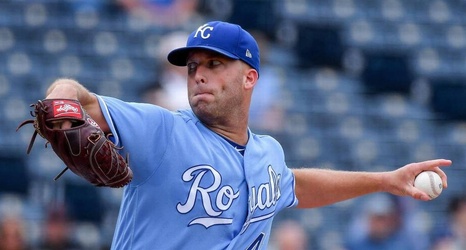 Left-handed starter Danny Duffy took another step in his throwing progression on Monday.

The veteran pitcher has stayed in Arizona for extended spring training after having to shut down his throwing in the middle of spring training due to shoulder soreness. He did not have enough time to build back up and break camp with the team.

Duffy reported feeling good after having pitched four innings and 61 pitches on Monday, according to Royals manager Ned Yost.