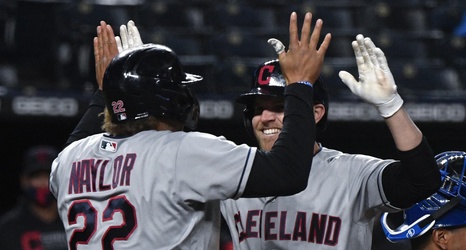 The bullpen continued its struggles, while a Nicky Lopez error helped open the floodgates in a 7-3 Cleveland win in the second game of a four-game series. The Royals got on the board in the second inning, when extra-base-hit machine Hunter Dozier hit a one-out double, one of his two doubles on the night. Michael Taylor drove him home to make it 1-0, Royals.

The Royals plated another run in the third with one of the more bizarre plays you’ll see that involved poor umpiring by - guess who? - Angel Hernandez. Whit Merrifield and Andrew Benintendi each singled, then stole a base to put runners at second and third with one out.