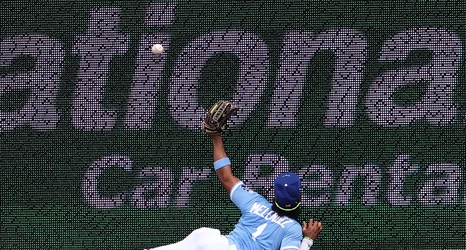 The Angels spoiled Brad Keller’s birthday with a shutdown performance on the mound and a pair of two-run innings to defeat the Royals 4-0.

Early on, Keller was dealing, mowing down the first nine hapless Halos hitters with a very aesthetically pleasing three strikeouts, three groundouts, and three flyouts. He walked Shohei Ohtani leading off the fourth, but handily disposed of the next three hitters in order. But Janson Junk came to play as well, scattering four singles but otherwise matching Keller with four scoreless innings to start the game.

Keller was undermined by his outfield defense in the fifth.