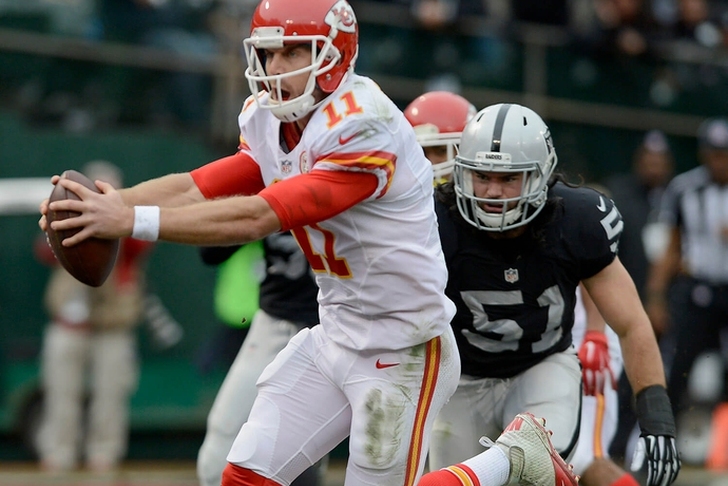 In a battle of AFC West rivals, the Kansas City Chiefs went into Oakland and handed the Raiders a 26-10 defeat. The Raiders could have taken sole possession of first place with the win, but now are tied for the division lead with the Broncos - and the Chiefs are only a half-game back. Here are the three biggest takeaways from the game:

3) Oakland isn't quite ready to contend yet
This is the game where Oakland's youth showed. In a game that could've been a major statement for them, they showed poor execution (turning the ball over twice) and a less-than-stellar effort on both sides of the ball. They didn't come ready to play in a game of this magnitude, showing they still have some growing to do.

2) The Chiefs are a well-oiled machine
It may not be a high-powered machine, but Kansas City knows their identity and plays to it. Alex Smith was as accurate as ever, completing 19 of 22 passes, and their stable of running backs combined for 183 rushing yards. That allowed them to control the tempo of the game, possessing the ball for over 36 minutes. They came in and executed their gameplan to perfection.

1) Defense is a MAJOR concern for the Raiders
Yes, we knew this coming in, but this is perhaps the most alarming instance. Kansas City is not known for being an offensive juggernaut, yet they managed to put 406 total yards - with very little resistance. The Chiefs steadily moved the ball downfield with ease, racking up 22 first downs, and converted over half of their third downs. This unit has too many talented players to be this bad, and they have to improve if they want to stay in the thick of the playoff race.