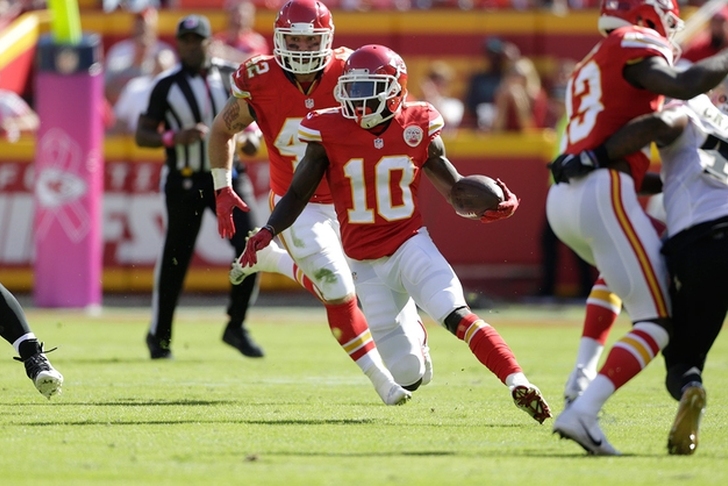 The Kansas City Chiefs were left for dead in the fourth quarter, down 24-16 and having to go the length of the field in the closing minutes of the game (against the vaunted Denver Broncos defense, no less), just to force overtime. Quarterback Alex Smith had thrown for just 100 yards in the game up until that point, but it didn't matter.

Smith passed for 67 yards on that drive alone, culminating in this touchdown pass to Tyreek Hill with just 12 seconds left.

However, the Chiefs still needed a two-point conversion to tie the game, and they got it!

The 2-point conversion ties the game, sending it to OT! What a finish!! #SNF #KCvsDEN pic.twitter.com/olJpT69hm4

This will go down as one of the craziest games and craziest endings of the season.