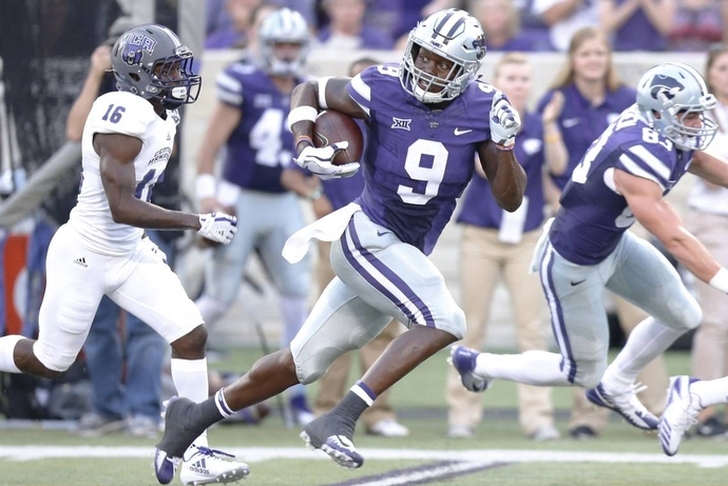 The 2018 NFL Draft is complete and the Kansas City Chiefs have landed a few coveted undrafted free agents. NFL teams start trying to sign these UDFAs the second the draft ends but most moves became official this week.

We have every player the Chiefs have signed below.

It's a decent-sized group for the Chiefs.

Perhaps the most notable player on the list is Kansas State wide receiver Byron Pringle, who was a reliable receiver for the Wildcats but doesn't have great stats because of their run-heavy attack. He has good size at 6-foot-2 and 205 pounds and is also a great return man, recording a kick return touchdown each of the last two seasons.

Kansas City also appears to be looking for some help in the backfield with this group, particularly at fullback. Both Blake Mack and J.D. Moore will likely compete for a spot on the roster.