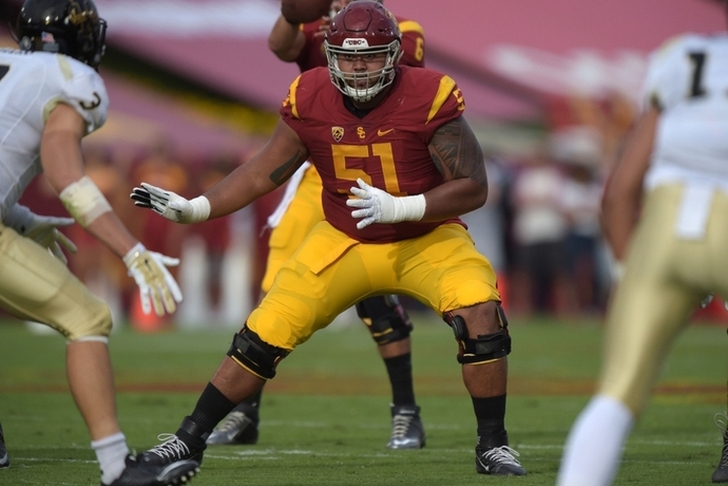 The 2017 NFL Draft is complete and the Kansas City Chiefs have already landed a few coveted undrafted free agents. NFL teams start trying to sign these UDFAs the second the draft ends, and sometimes even sooner, although all of the moves typically won't officially be announced for a few days.

We have every player the Chiefs have signed below. We've also included a brief write-up about the more notable additions.

It's a big group for the Chiefs, perhaps highlighted by a pair of former Oklahoma State defensive back in Ashton Lampkin and Jordan Sterns. Both could fight for a roster spot and I thought there was a good chance at least one would be selected during the draft.

WR Gehrig Dieter played for Alabama his final year, but did most of his damage at Bowling Green. He didn't produce much for the Crimson Tide, but he has good size and is a willing blocker. Special teams is his route to a roster early in his career.

Damien Mama has the same issues all the USC OL did this year: slow and perhaps too big. He's a power guard in the NFL, but I think he has a real chance of sticking on an NFL roster.

Austin Gearing is listed as a DL above, but he could transition to OLB at 6-foot-5, 256-pounds. Position changes are the norm for Gearing. He arrived at Miami (Ohio) as a QB, before accidentally slicing every tendon and artery in his throwing wrist that nearly cost him his hand. That ended his days as a QB, so he moved to receiver. Then, he was shifted to the defensive line where he recorded 6 TFLs and 4 sacks in just his second year playing defense.