The Top 3 Chiefs Team Needs For The 2017 NFL Draft 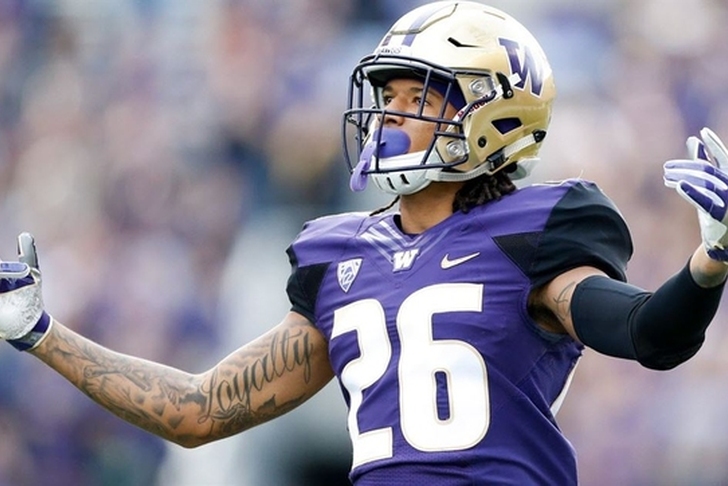 The NFL offseason is in full swing for the Kansas City Chiefs. The Chiefs made a few moves in free agency and are again in position for a playoff push. But to get to the Super Bowl, the Chiefs have a few team needs to address. With the NFL draft less than a month away, it's time to take a look at the top three Chiefs team needs.

Although fans might want a new coach, general manager, owner or whatever, only positional needs are detailed here. Needs already addressed via free agency (like re-signing S Eric Berry) are not included. With all that in mind, here are the 3 biggest Chiefs team needs for the 2017 NFL Draft.

3. Running Back
With Jamaal Charles hurt for much of the year, the Chiefs' normally stout rushing attack was below average last year. That's why Chacandrick West and Spencer Ware (the better of the two) got the job done enough of the time, but they weren't Charles and are likely better suited as backups. C.J. Spiller is on the roster, but might not make the team. He went through three different teams last year and can't be counted on at this point. So don't be surprised if the Chiefs look for a running back early or in the middle rounds. RB just beat out quarterback, where the Chiefs are looking more for someone to sit behind Alex Smith for a year or two.

2. Inside Linebacker
Ramik Wilson looks like a long-term piece, but the future of Derrick Johnson is in doubt. He's amazing when healthy, but coming off his second Achilles injury in three years. He'll turn 35 this year and it's fair to wonder how much time he has left. Even worse, there's very little behind Johnson and Wilson right now. It's time to invest at least a mid-round pick.

1. Cornerback
There's no doubt Marcus Peters is great and Steven Nelson can be a solid nickel. But the rest of the roster is questionable. Terrance Mitchell played great after joining the team in Week 13, but he's bounced around the league for a reason. He might be better suited for a No. 3 or No. 4 corner role. Phillip Gaines struggled, while Kenneth Acker wasn't great in limited snaps. Finally, the Chiefs spent a 6th rounder on D.J. White last year, but is he a long-term option. The Chiefs tried to get help in last year's draft with third rounder KeiVarae Russell, who was cut early in the year. In a loaded corner class, it's time to try again.