Why wasn’t Gunther Cunningham honored during Chiefs vs. Ravens? 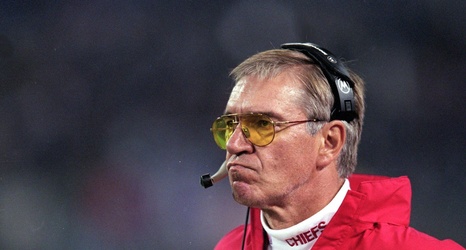 We learned just a little over four months ago about the passing of former Kansas City Chiefs head coach and defensive coordinator Gunther Cunningham. A couple of days after, it occurred to me that the team will certainly honor Cunningham during pregame ceremonies of the home opener, which was this past Sunday.

Leading up to the game against the Baltimore Ravens on Sunday, I was surprised there was no announcement about a planned tribute or a moment of silence to honor Cunningham. I assumed the Chiefs wanted to keep that under wraps.

Come to find out, the Chiefs did not acknowledge his passing and did not honor him before the home opener.