What we learned about the Chiefs this week 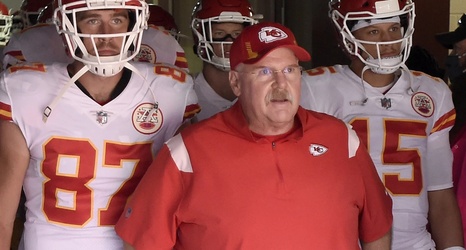 Monday marked the end of the Kansas City Chiefs' annual rookie minicamp. Speaking to the press right after the final session, the head coach talked about his two first-round draft picks — along with departed safety Tyrann Mathieu — and attended to some injury news.

First, he spoke about second-round rookie Skyy Moore, who was limited for all three days due to a hamstring injury.

“He tweaked his hamstring before he got here,” said Reid. “We’ll be ready to go when he gets back.