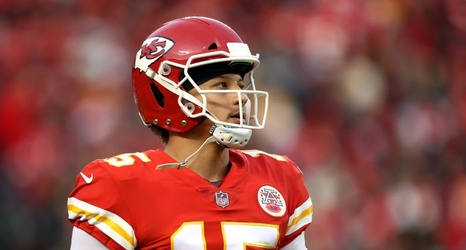 KANSAS CITY, MISSOURI - DECEMBER 30: Quarterback Patrick Mahomes #15 of the Kansas City Chiefs in action during the game against the Oakland Raiders at Arrowhead Stadium on December 30, 2018 in Kansas City, Missouri. (Photo by Jamie Squire/Getty Images)

The latest round of checkdown stats from PFF prove Patrick Mahomes is one of a kind.

An NFL quarterback has to walk a fine line as a passer if he’s going to avoid the derision of his fans and NFL pundits.

Some quarterbacks are taken to task for being reckless with the football, for being overly confident and simply flinging it into questionable situations—often resulting in interceptions or near-turnovers that halt drives in their tracks.