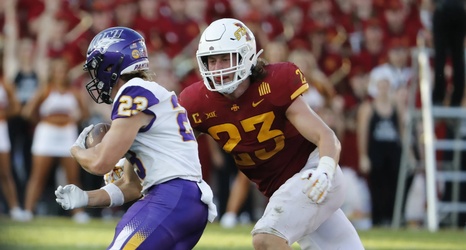 It would be difficult not to be excited about the future of the Kansas City Chiefs’ linebacker position — especially after the 2022 NFL Draft. The franchise added Leo Chenal to a room that already included Nick Bolton and Willie Gay Jr. It’s a rather compelling trio of young players.

However, Chenal wasn’t the only acquisition on draft weekend that impressed as a college linebacker. After their draft picks, the Chiefs secured former Iowa State linebacker Mike Rose as an undrafted free agent. He was impressive in Ames, earning the Big 12’s Defensive Player of the Year award in 2020 while also being named to the first-team All-America team by The Athletic.