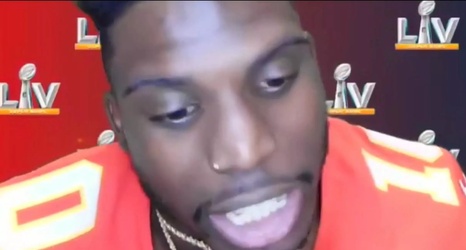 Throughout Super Bowl week, players and coaches for each team have to do many interviews with the press. These are much longer than the ones to which they are accustomed — and since many of the reporters involved do not usually cover the Chiefs, they are often are filled with questions players have answered many times before.

Added to the intense pressure they are already experiencing while preparing for the championship game, these can be a real burden. Kansas City Chiefs head coach Andy Reid did four such interviews this week. Quarterback Patrick Mahomes appeared in three.