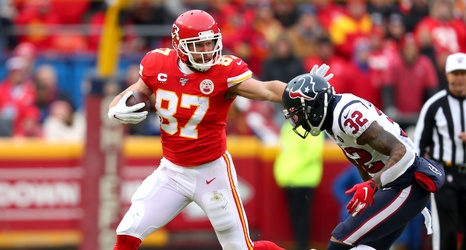 Here’s something that seems a bit odd to say: Travis Kelce just turned in the single best performance of his career.

The Kansas City Chiefs tight end already finds himself on a trajectory toward Canton, Ohio with his steady stream of production at a position that has never known such a reliable force. Even this season, Kelce has set new NFL marks for most consecutive 1,000 yard receiving seasons with four and it feels relatively safe to assume that he’ll give that record a much higher ceiling before all is said and done on his career.

At this point, Kelce is widely considered to be arguably the best tight end in the game.