The Zombie Chiefs return in victory over Texans 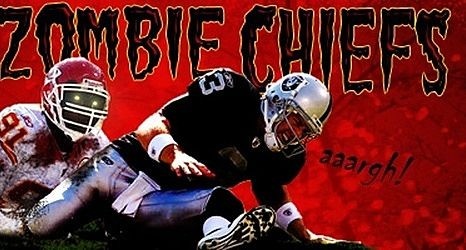 Do you guys remember the Zombie Chiefs?

Back when I ran this place in 2011, the Chiefs had kind of a strange season. They were heading into the third year of the Scott Pioli/Todd Haley regime and had won the AFC West the previous season with a 10-6 record, before falling to the Baltimore Ravens in the Wild Card round. Fans were expecting the young team took the next step by finally winning a playoff game.

Unfortunately, the 2011 Chiefs got off to a horrendous start. The team dropped its first three games, featuring back to back losses to the Bills (41-7) and the Lions 48-3.