The Lamar Jackson hype is greater than the real thing 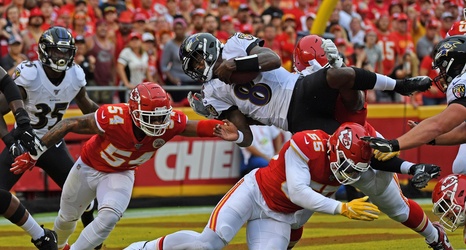 If you read the majority of NFL headlines and listened to the buzz of league analysts heading into Week 3’s showdown between the Baltimore Ravens and the Kansas City Chiefs, you might have believed that Lamar Jackson was the one of two quarterbacks who was the reigning MVP.

On Sunday, the Ravens visited the Chiefs in an early contest for AFC supremacy between two teams already sitting alone at the top of their respective divisions. Through two weeks, both teams were undefeated and steamrolling opponents with relative ease. Both were also led by very impressive young quarterbacks.