The film review is in: Chiefs’ Tedric Thompson provides safety depth with limitations 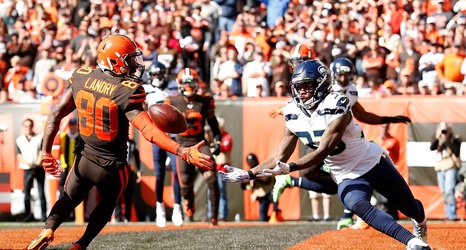 The Kansas City Chiefs continued their late July run of offseason additions by adding Tedric Thompson to the roster. Thompson was most recently a member of the Seattle Seahawks.

As the moment, this doesn’t seem to be a reactionary move of any sort — Thompson looks to simply be an addition to a safety room that lost some bodies from last season.

Thompson was a fourth-round draft pick in 2017 out of Colorado and was a lot of well-respected draft analysts’ top free safety that year. Considered a very instinctive, rangy deep safety, Thompson didn’t get his chance to play until Earl Thomas got hurt early in the 2018 season.