The Chiefs are showing weakness in NFL’s most important positions 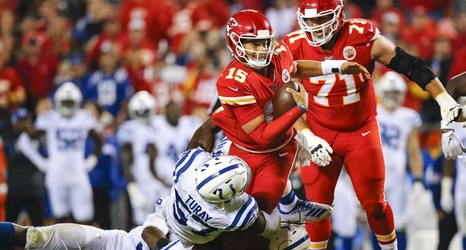 As a Kansas City Chiefs fan, it was easy to feel invincible coming in the 2019 season. Reigning MVP quarterback Patrick Mahomes played like a cheat code in 2018 — and the personnel surrounding him made the team seem legitimately unstoppable.

As the regular season started, there was no reason to slow down the hype train. The first three games of the year were comfortable wins — and went exactly how most thought they would: the offense put up incredible numbers with tons of big plays, while the defense gave unimpressive performances that did just enough to get the job done.